The extended submission deadline of 31 May 2018  has passed. No further extension will be granted! The registration to the conference, courses and workshops, and field trips opens on 5 June 2018 and closes on 15 September 2018 (see Registration). However, authors of submitted papers should wait for the final notification of paper acceptance on 25 June 2018 before registering online (see Important Dates). 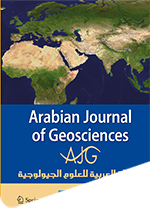 The Arabian Journal of Geosciences (AJG) is a Springer journal publishing original articles on the full range of Earth sciences in partnership with the Saudi Society for Geosciences. The journal focuses on, but is not limited to, research themes which have regional significance for the Middle East, the Euro-Mediterranean, Africa and Asia. The journal receives on average 2000 submissions a year and accepts around 500 papers for publication in its 24 annual issues (acceptance rate 25%). It benefits from the participation of an editorial team of 100 international Associate Editors who generously help in evaluating and selecting the best papers. 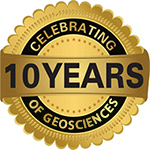 In 2008, Prof. Abdullah Al-Amri, in close partnership with Springer, founded the Arabian Journal of Geosciences (AJGS). This year, the journal celebrates its 10th anniversary. On this occasion and to mark the event, the founder and Editor-in-Chief of the AJGS is organizing the 1st Conference of the Arabian Journal of Geosciences (1st CAJG) in close collaboration with Springer. The conference will be an occasion to endorse the journal’s long-held reputation for bringing together leading authors from the Middle East, the Euro-Mediterranean, Africa and Asia who work in the wide-ranging fields of Earth sciences. The dynamic four-day conference will provide attendees with opportunities to share their latest unpublished findings and learn about the latest geosciences studies. The event will also allow attendees to meet and talk to the journal’s editors and reviewers. 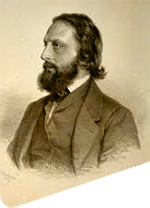 125 years since the discovery of the Tethyan Sea… In 1893, the Austrian geologist Eduard Suess (1831-1914) proposed the theory that an ancient and extinct inland sea had once existed between Laurasia and the continents which formed Gondwana, before the opening of the Indian and Atlantic oceans during the Cretaceous period. He named it the 'Tethys Sea' after the Greek sea goddess, Tethys. He provided evidence for his theory using fossil records from the Alps and Africa. He proposed the concept of Tethys in his four-volume work Das Antlitz der Erde (The Face of the Earth). The latest successor of the Tethyan Sea is the present Mediterranean Sea. Eduard Suess considered to be one of the greatest geologists who ever lived. The year 2014 was devoted to his memory by the international geosciences community. This year marks 125 years since his discovery of the Tethyan Sea. To celebrate this event, the 1st CAJG will devote a special session and a keynote lecture by Prof. Celâl Sengör to the life and work of Eduard Suess who was not a talented applied geologist, but a great scientist!

The scientific committee of the 1st CAJG invites research papers on all cross-cutting themes of Earth sciences, with a main focus on the following 10 conference tracks: